Today, we would like to introduce a beneficial light - COB LED track light. We can start with the track lights. The track light is an efficient lighting device. Its light fixtures are fixed at any position on a continuous track and are electrically charged to better meets the needs of routing electrical wiring. Later, LEDs were used in track lights. LED track lights have many advantages, such as high energy efficiency, long life, low heat generation, relatively cheap, universality of addition or removal, etc. Track lights are commonly used for commercial and home lighting. And now there is an upgraded LED technology - COB LED technology. Let’s see how this technology works for track lighting and how beneficial is this new kind of lighting solution.

What Is COB LED Track Light?

COB refers to chips on board. It is a new technology of LED packaging for LED light engine. The COB LED technology employs a process where multiple LED chips are packed into one LED module, making it less dazzling and distributing light more evenly over a larger area. 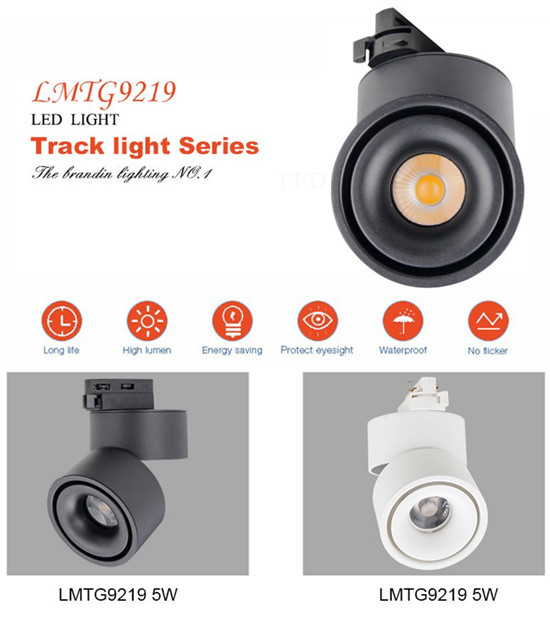 By packaging multiple LED chips on one board, the COB LED can increase the lighting area by 10 times and avoid uncomfortable glare to the maximum extent. That means COB LED can bring a better lighting solution. 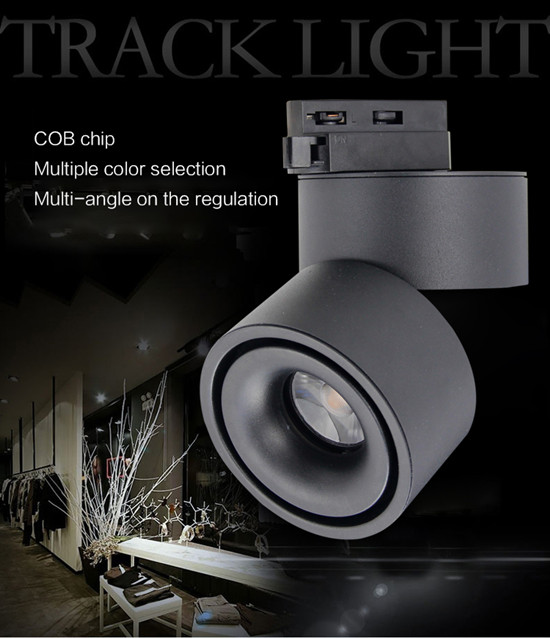 What Are The Advantages of Using COB LED Track Light?

1. COB technology allows for a higher packaging density of the LED array or that which lighting engineers refer to as enhanced "lumen density". By way of instance, utilizing COB LED technologies on a 10mm x 10mm square array contributes to 38 times greater LEDs in comparison to DIP LED technologies and 8.5 times greater LEDs in comparison to SMD LED technology. This causes higher light intensity and increased light uniformity in a lighting solution. Alternately, utilizing COB LED technology may significantly lower the footprint and energy intake of the LED range when maintaining light output steady. As an instance, a 500 lumen COB LED array can be several times bigger and have less energy compared to the usual 500 lumens SMD or DIP LED Array. So, the COB LED track light can produce higher lumen of light and save more electricity energy.

2. Another huge benefit of utilizing COB LED technology in a lighting solution can be found in the fact that COB devices have just 1 circuit along with two contacts for the whole processor no matter the amount of diodes. This single circuit layout, whatever the amount of diodes on the processor, leads to ease for the remaining portion of the LED device. The benefits of Chip-on-Board LED arrays comprise: Compactness on account of the small dimensions of processors; High intensity, especially at near distances; High uniformity, even at close working distances; Layout simplicity because just 1 circuit along with two contacts are demanded; Superior thermal performance for greater lifetime, stability and dependability. These benefits are also passed on to the COB LED track light. 3.COB LEDs are so important when running on battery power in a lighting solution. When designing a battery-powered lighting system, there has always been a trade off involving the total amount of high quality lumen output (i.e. brightness) and period of runtime through battery operation. Historically, the more high-quality brightness needed, the briefer the run time (supposing the exact same size of battery is used). But, with the latest creation of COB LED technology, this tradeoff has become less of a problem. For the very first time, really low wattage COB LEDs can lead exceptionally high-quality, ultra-bright light. In consequence, a comparatively small and light-weight lithium battery pack can power a COB LED-based lighting solution for long intervals. High-quality light output over prolonged intervals working with a comparatively small battery was not really possible only a couple of short years back! This is why COB LED track light is a popular choice when designing ultra-bright, ultra-efficient light systems. Therefore, Leimove produce a wide range of COB LED technology to produce track lights.

In conclusion, COB LEDs are the most up-to-date and most innovative technology in the marketplace nowadays. To put it simply, COB LEDs consume less energy, and output a greater quality ray of light in comparison to elderly LED technologies that can be found in track lights. The track lighting using the COB LED track light can be very beneficial as a great lighting solution.