A Guide to Differentiate COB and SMD Bulbs

A Guide to Differentiate COB and SMD Bulbs 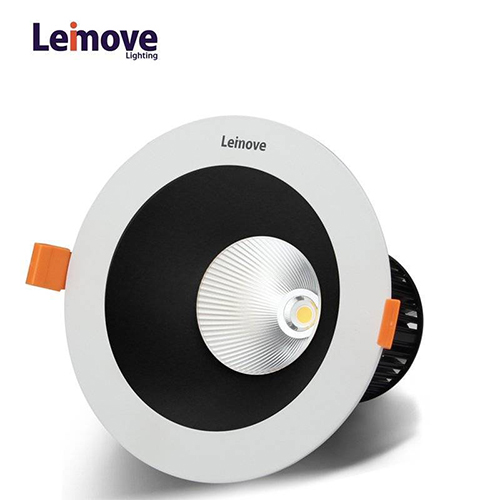 As people become more concerned about protecting the planet, consumer demand for LED lights has been on the rise. Since the invention of LEDs in the 1960s, they have become an increasingly popular choice amongst consumers. Using less energy, LED (light emitting diode) bulbs can last for up to 25 times longer than standard incandescent lights, which not only help the environment but also help consumers to save some pennies.

Over the years, LED lights have been continuously modified and developed to generate refined products with more versatility and increased efficiency. There are now various models of LED downlights. The two most common types are LED COB downlights and LED SMD downlights. Both provide a high-quality lighting solution, are long-lasting and are incredibly efficient. The most suitable LED bulb for you will depend on your energy, efficiency and versatility needs.

SMD, standing for “Surface Mounted Diode,” bulbs are the most commonly found LEDs available on the market today and are the LED most widely used in downlights. This LED light has a compact, flat design and the LED chip is permanently fused to the inner circuit board with the SMD LED hidden behind a frosted acrylic lens. Known to be a highly versatile LED, it is used in light bulbs, string lights, and even for notification signal lights on mobile phones.

SMD LED chips are available in a range of sizes, and the SMD LED can accommodate a variety of designs, including the 5mm full SMD 5050. SMD LED chips are small, looking similar to a computer chip design. For example, in the SMD 3528 model, the chip is only 3.5mm wide.

SMD LED chips are distinguished by the number of contacts and diodes they feature. Classic LED bulbs have just two connections. SMD LED chips can have up to three diodes on one single chip. Each diode will have a separate circuit, and each course will have a cathode and an anode, making 2, 4 or 6 contacts in total in a chip. Due to this configuration, SMD chips are seen to be more versatile than their counterparts. Red, green and blue diodes are included within the chip, meaning that any desired color can be created through simple adjustments of the output levels. The SMD light has the appearance of a collection, or array, of small fires spread across a surface.

SMD chips are also renowned for their brightness, producing 50 to 100 lumens per watt. It is often said that SMD LEDs are therefore more efficient than the LED COB downlights, as they can provide more light at a lower wattage. They have a full beam of light, so less lighting is required for any room or setting, and its frosted reflector spreads the light around the room evenly. Manufacturing of these bulbs can be more expensive than alternative LED options as the LED chips have to be printed on a PCB board by machine.

COB, standing for “Chip on Board,” bulbs are one of the most recent developments in the field of LED. Developed in response to the deficiencies identified in SMD manufacturing, they also offer more efficient use of energy. LED COB downlights differ from their SMD counterparts as they have more diodes, featuring multiple diodes on the same surface. The lights are packaged together, making them brighter than the SMD alternative. The LED COB downlight exposes its one chip through exposed faces, taking on the look of more traditional dichroic halogen globes.

Generally, COB chips will include nine or more diodes. Despite this, they still have just one circuit and two contacts, as the SMD chip does. Due to its basic circuit design, consisting of a single LED chip, the appearance of the LED COB downlight takes a panel-like form. It is generally more significant than the equivalent SMD LED and its size can range from a few millimeters to a few centimeters squared.

The LED COB downlight will require more cooling than an SMD light, as a cluster of LEDs are attached to one point. This means an aluminum heat sink is needed to be mounted to the device to dispel of the heat. The requirement of more material to manufacture the product, unfortunately, results in a higher price at the point of sale.

COB LEDs are found in several everyday products, including mobile phones and point-and-shoot cameras. With an 80 lumens-per-watt minimum, COB has made the use of LEDs in heavy-duty technology, such as floodlights and spotlights, more common nowadays.

Differences between COB and SMD LEDs

One main difference between COB and SMD is that LED COB downlights cannot create color changing lights or bulbs. For a color changing function to be possible, the bulb circuit would need to include more than the two contacts and one course that is currently featured in the design. A color changing effect requires several channels for adjustment. The COB LED, therefore, presents a less versatile technology than its SMD counterpart, although it is an efficient option for a single color application.

Another key difference is the energy efficiency of the two types of LED. Improved design allows LED COB downlights to offer a better lumen-per-watt ratio and improved heat efficiency in comparison to SMD bulbs. The COB LED chips also feature a cooling ceramic substrate, helping to reduce its energy usage.

LED COB downlights are also said to provide a better source of light. COB chips produce a high amount of lumens, with lower energy output. The light produced is more focused and, through the use of reflectors, it is possible to control the light beam. The beam can be narrowed or widened through the use of chrome reflectors around the diode. Also, the omission of frosted lenses, which cause the clarity of the light to reduce, means the light produced by LED COB downlights is crisper and cleaner than other alternatives provide. The clear lens also means that the sun can travel further, making COB the best option for use in rooms with high ceilings. In comparison, SMD downlights produce a wide angle of light, flooding light across all parts of a place. This can make these bulbs more suitable for larger rooms, such as living rooms, kitchens or bedrooms, but it does mean that a higher glare is produced.

Should you be hunting for LED COB downlights supplier, welcome to contact us, we could assure you of best price and quality.