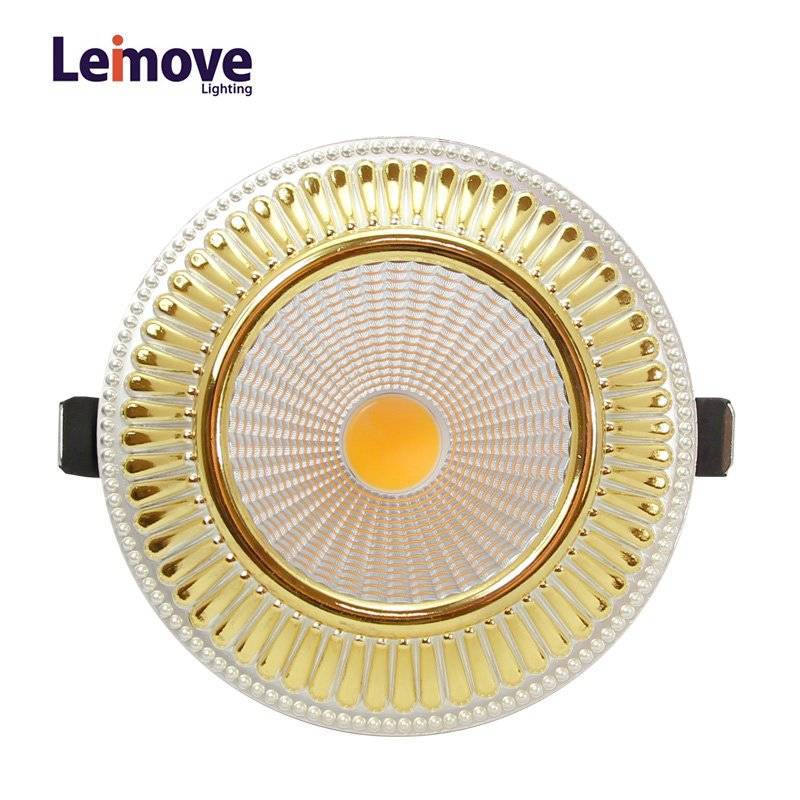 With the current innovating technology on led cob light in residential homes and abroad too, there has been a reduction in emission and energy saving implementation policy that has made led cob light source to have an increasing ratio in the lighting field since the new form package is being continuously produced. The led heat dissipation, reliability, light efficiency, performance on cost-effective are all still main concerns and if they breakthrough, then new products will get breakthrough as well.

The led cob encapsulation structure has got a design that is mainly for reducing the junction chip temperature. It has the very short time for package chip thermal, where the chip can transfer the heat rapidly towards the various metal substrate, which is passed into the heat sink, and this makes cob to have the best heat dissipation capacity when compared to traditional element discrete light. The best cob led metal materials for the substrate are likely to be alumina, copper, aluminum, and aluminum nitrate, in terms of their heat capacity, comprehensive costs, and even corrosion. We best prefer aluminum to be the metal substrate which makes the led cob light.

When making led cob with the modular design, we give limited space to the light source, and we hope that small size has got high light output that is sufficient. There are discrete components in which led can’t almost find the programmer, where some people may prefer ceramic among other small sizes but as for the flux, it has got relatively high density, but comparing them with the MCOB or the COB high output density flux may not be that easy. Therefore, the product modular led cob light has got basic benefits; they maintain a high level of luminous flux and helps in the modular design. The drive3r design of led cob is flexible which makes it easy to be combined with the current application and the end COB driving condition, which ensures low to high-pressure needs are fully met in various programs.

4. Has got low thermal resistance

The traditional encapsulation has thermal system resistance structure which is crystal glue-weld, chip-solid, paste copper, joint tin, layer aluminum, and foil insulation material. As for the led cob copper thermal resistance, its system is only crystal glue, chip solid aluminum. It is evident that its system thermal resistance is very low when compared to the traditional system and this indicates that it greatly improves the led cob encapsulation service life of the led lamp.

5. Its light quality is beneficial

As for the traditional lighting, it has been attached to various discrete devices towards the PCB board in the patch form which forms the light source assembly for the led applications. The process here has spotlight problems, ghosting, and glare. Because our led cob encapsulation happens to have an integrated process, it has the light surface source, that its viewing angle is large and easily adjusted as it also reduces any light refraction loss, as well as glare.

6. They are applied in various fields

Their applications are so convenient, where they may not be applied directly with other sources being involved. As for traditional light encapsulation, they have needs that need to be patched after that fixed towards the PCB board with the reflow soldering. The traditional method is not very convenient compared to led cob light encapsulation method.

7. They have efficient light output

According to the low luminous efficiency of led cob light, it has external quantum efficiency due to the same chip, the way the module flux or the packaging products are improved. First, the substrate material has got high reflection; the area for chip replacement reflection hence affects the luminous output flux directly wholly. If it is the substrate from the copper, ceramic substrate, or aluminum substrate, they should follow the above instructions.

Anyway, when assembling the led cob application, we need to realize and consider the substrate light that emits the surface outside its region, if it is being emitted to the surface with no reflective cup, we should ensure that the outside light surface emission should contain some reflective materials. Also, the large-sized particles, high fluorescent brightness powder, high rate of light transmission for the encapsulated silicone, they are all the same to the traditional method of vertical optical led effect method.

Also, the arrangement of solid chip crystal space and method of the drive should be reasonable, and have the same power, as when you use a low current drive program which avoids having excess heat in your substrate. Additionally, when you have a small light emitting surface dimension cannot only increase your angle, but it improves the efficiency of light further.

Our led cob light knowledge needs to be returned towards the ordinary electronic components which include capacity of resistance, but as for led, it emits light, as other components do other functions which are composed with the electric system, provided the optical output system is able to achieve market requirements, then led cob light is accepted. Should you look for led light supplier, welcome to reach Leimove, one of best suppliers.