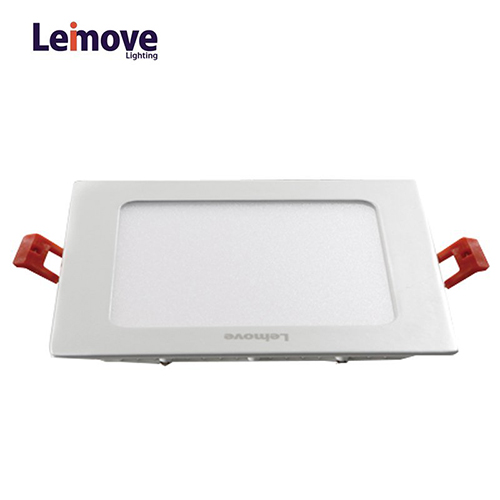 It's been more than 5 decades that halogens light bulbs were introduced and since then they really became an important part of our life or more accurately our lighting system, but now they have been slowly getting phased out, the European Union has already started doing this and Australia plans on doing that by 2020 and many other countries have similar plans on doing that. In other words, we have found something else to replace them and that something else is LED lights. But what is LED? A light emitting diode is a semiconductor which glows when electric current flows through it, few examples are your fridge lights, decoration lights, etc., but the real question is can they really exist alongside halogen bulbs? The answer is yes and there are a lot of reasons why they can exist alongside them and can even act as a replacement in some cases.

They are energy efficient.

Come on, who doesn't want an energy efficient lighting system, and LEDs do exactly that. The LED lighting is highly energy efficient when compared to halogen bulbs, and I am not kidding about that, LED lights to use 85% less energy when compared to halogens, pretty good right. In the 21st century, where global warming has really become a major problem and countries are trying to tackle this problem, saving energy is really essential and LEDs are the best way of doing that.

They do not produce any heating effect.

Remember when you stand near a halogen bulb, you can also feel the heat radiating from it, to be honest, that's energy converted into heat as well as light, LEDs don't have anything like that. In other words LED lamp does not produce any heating effect, I know many of you are thinking that in colder days, halogens are really helpful, but the opposite is also true, what I mean by that is during warm days you'll literally be adding more heat to the room when you need to keep it cool. In other words, it is not really worth using Halogen bulbs to heat your room, when doing so will give you a massive electricity bill, you will be better off using a heater or something else. Though LED lighting does not produce any heat, they will give you a much lower electricity bill which is more than enough to justify its usage over halogen bulbs.

They take a swing at the carbon footprint.

With global warming being one of the major problems for the world, there is an ever-increasing need for cutting carbon footprint and guess what, LEDs pretty much do that. One of the most important reasons why many countries are opting for LED lighting is that they do not produce carbon emissions, lowering the carbon footprint in the Earth, but halogen bulbs produce carbon emissions when their filaments are ignited when switching on the lights, which is not good.

I am sure replacing the halogen bulbs every one or two years is quite a hassle for some people, but you won’t need to do something like that with LED lighting. LEDs last much longer compared to halogen bulbs, it’s something like if halogen bulbs last approx. 2000 hours LEDs last 25000 hours, I don’t even need to tell you, right. You won’t have to change your LEDs every few years, because they will last pretty long, it’s like putting it once and forgetting about it for a long time, and it will save your money too.

What I mean by that is remember when you turn on the halogen bulbs in your home, they pretty much emit light in almost all directions but that is not the case with LED lighting, they emit light in only one direction. I am sure many of you are thinking why is it good? Because this will save light as well as energy in your home reducing your electricity consumption and your bill, which I think is pretty good for your home.

I am sure you have also noticed that sometimes when you turn on the lights they take a few seconds to completely emit light or turn on, but this doesn't happen with LED lights. LED lights turn on in nanoseconds which are much faster compared to halogen bulbs, if you have LED lighting in your home, they will turn on the moment you press the switch, smooth right.

You can use it in the same fittings

Well, if you had to change your sockets in order to use LED lights, it would be pretty bad, to be honest, but you don't need to do that. The LED lamp can be installed in the same fittings. LED lights require DC electric supply whereas AC electric supply is used in most of the homes but the conversion takes place in the LEDs itself, so you don’t need to do much, but there are certain LEDs in which you need to use a driver for it which is pretty easy to install and doesn’t need much elaboration.

They do not contain mercury

Yes you heard it right, LEDs don't have mercury or any other toxic gases present in them, which is present in halogen bulbs and even the CFLs [compact fluorescent lights], mercury, as you might know, is pretty dangerous for the human body as well as the environment. The LED lighting is pretty safe as they don't contain mercury which is pretty good for you.

It’s been said that the technology keeps changing and evolving and LEDs are pretty much the change which has been brought in the past decades. As you might have already known by now, that they are pretty useful to us, and LEDs can even replace the halogen bulbs is what I’d like to say, but they have a few shortcomings of their own such as dim lights, blue light pollution, and a few other things. I am pretty sure there are people who are in love with halogens and they won’t be able to use LEDs completely, so you don’t need to completely replace all of your halogen bulbs,  as halogen bulbs will not thoroughly phrase out temporary based on the present market demands.

There are a number of benefits in using LEDs and I am sure you are pretty much aware of that by now, so when your halogen bulbs need to be replaced, why not give LED a chance? It won’t matter much plus you will also get to know the benefits of using it firsthand. Although LED lighting can’t completely take out halogen bulbs they make a pretty good case for why they should be used.