LED is a solid-state semiconductor light source. In recent years, the lighting effect has been increasing and the price has been declining. Compared with the traditional light source, LED has many advantages such as small volume, adjustability and controllability, and long service life. LED lighting products have rapidly developed and have aroused wide attention in many application fields such as classroom lighting.

This paper discusses the issue "whether LED light source can be used in current classroom". This is currently being discussed and questioned by the public. This paper is intended to make it clear about related definitions and to convey correct understanding of relevant issues to the people. 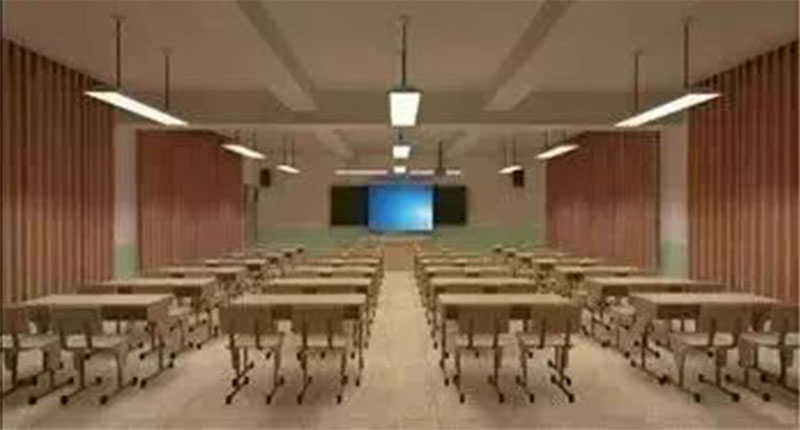 Dispute over the use of LED light source for classroom lighting

At present, there are two main disputes about whether LED light source can be used in current classroom. First, is the LED light sourced allowed and recommended for use in classroom lighting according to the current national standard, under the circumstance that with the rapid development of LED technology, LED light is gradually replacing the "rare earth three-band fluorescent lamp" which was a mainstream in the past during the classroom lighting? Second, is the LED light source safe to the vision of children who are growing under the background that the quality of lighting products is getting more and more attention and blue light hazards, frequent flashes and other issues have become social hot topics? The following discussions will be focused on them. 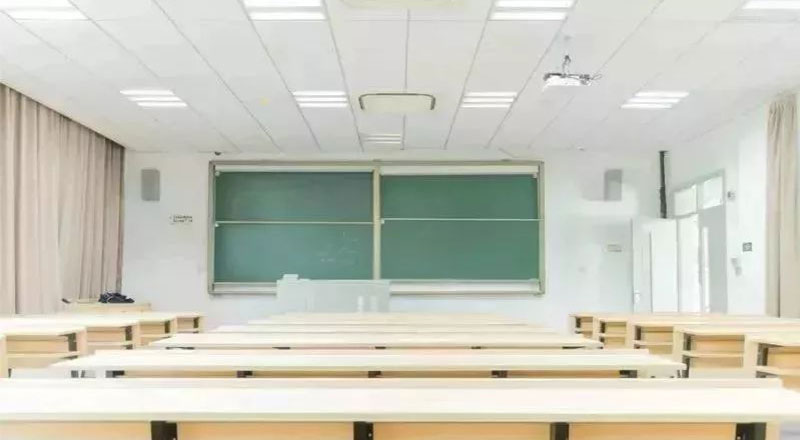 Is the LED light source allowed for use in classroom lighting according to the current and on-going national standard? 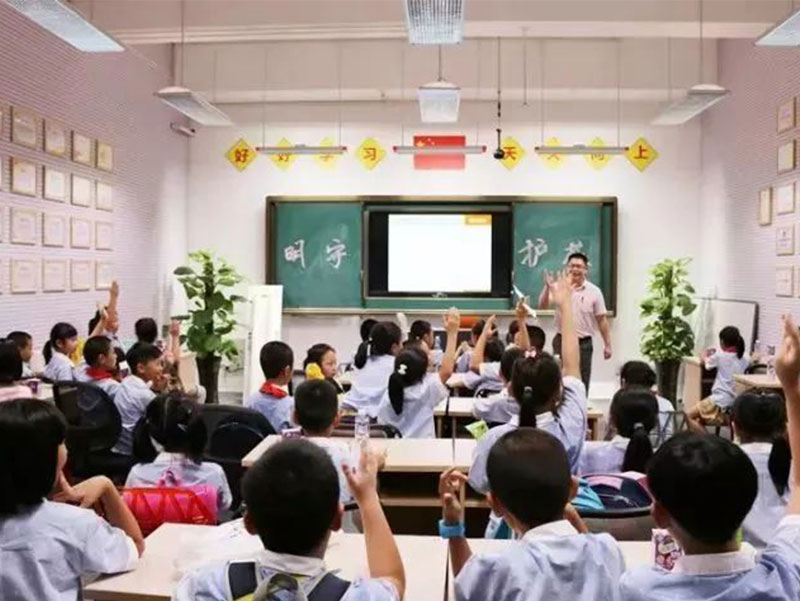 Is there a potential safety risk of LED light source?

About the light bio-safety of LED, you can refer to the white paper "General Lighting LED and Blue Light" jointly released by the International Semiconductor Lighting Alliance, the National Semiconductor Lighting Engineering R&D and Industry Alliance and the China Illuminating Engineering Society in July 2013. The white paper clearly mentions the correct use of qualified ordinary lighting purpose white light LED products are completely safe for the human eyes. 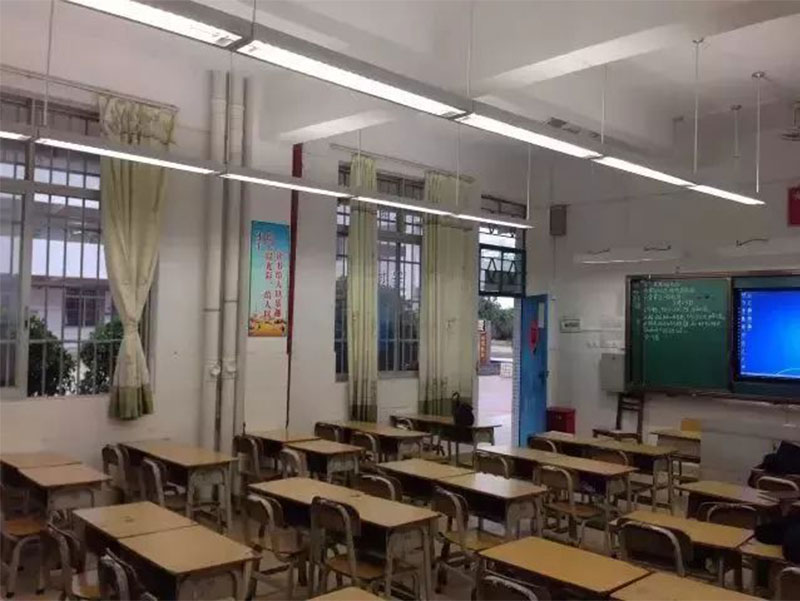 At present, there are many concerns about blue light, but we can't deny it blindly.

On the other hand, the "blue light hazard" we usually hear refers to 400-500 nm blue light band of light source. If the radiation brightness is too high, photochemistry damage may brought to the retina after long-time looking directly at the light source. The essence of the blue light problem is the combined effect of radiation brightness, blue light weighting function and time. From the spectrum only, the blue light ratio of LED spectrum increases when the color temperature rises, however, has no specials compared with the blue light of the fluorescent lamp spectrum. When the color temperature stays the same, the blue light safe brightness of the LED is similar to that of the fluorescent lamp. At home and abroad, there is a unified rating specification for blue light retina hazards: GB/T 20145-2006/IEC 62471.The LED light used for daily lighting belongs to Level 0 or Level 1 which is a scope of safety.

LED light source for classroom lighting, what should be paid attention?

At present, the use of LED light in classroom has problems such as brand chaos, intermingled good & bad quality, unstandardized market, lack of regular maintenance, and imperfect standards. However, all these cannot be attributed to the LED light source itself. Here are things that should be paid attention to when the LED light is used in classroom lighting: first, the selected LED products should meet the requirements in terms of light color, quality, etc., including but not limited to safety grading requirements, performance requirements, reliability requirements, and environmental regulations; secondly, the light source and lighting system should be used correctly, including reasonable lighting design, correct installation methods, and regular inspection and maintenance; finally, all kinds of light sources and lighting systems should be tested for light biological safety, and users should still avoid looking directly at these light sources for a long time (especially in the case of a short distance)even if they are safe and need no additional warning signs according to standards. 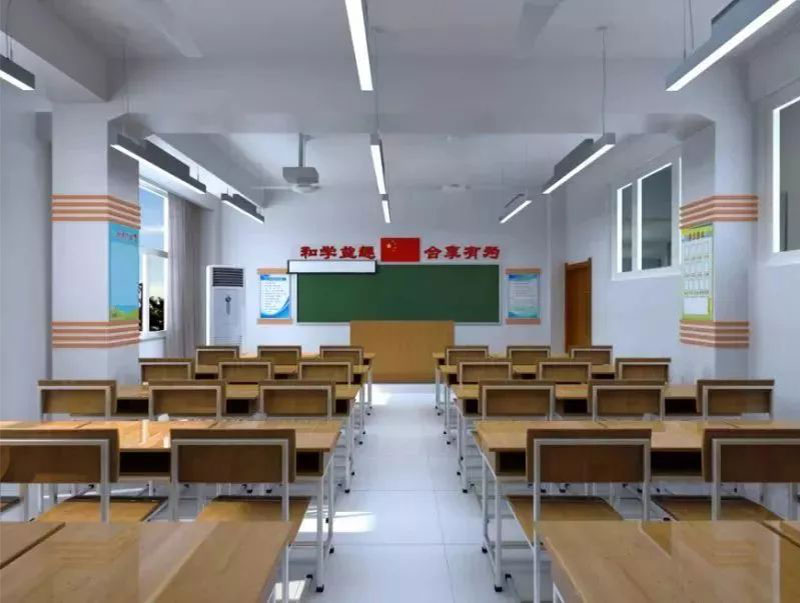 Note: Online pictures.
This article is from the China Illuminating Engineering Journal.