Everything You Need to Know About LED Tube Lights

Everything You Need to Know About LED Tube Lights

Replacing fluorescent tube lights with LED tube lights can be an overwhelming process. As an Led tube light supplier, we have put together an extensive guide to help you understand everything there is to know about LED tube lights. Incandescent or fluorescent lights can be inefficient especially when it comes to saving on energy bills hence the need to switch to energy-efficient LED tube lights. The non-compliant fluorescent tubes that are commonly used in homes and commercial buildings are no longer manufactured hence at some point, homeowners and facility managers will need to start considering the idea of replacing their existing lighting. This may involve upgrading to LED lights or switching to compliant lighting solutions. 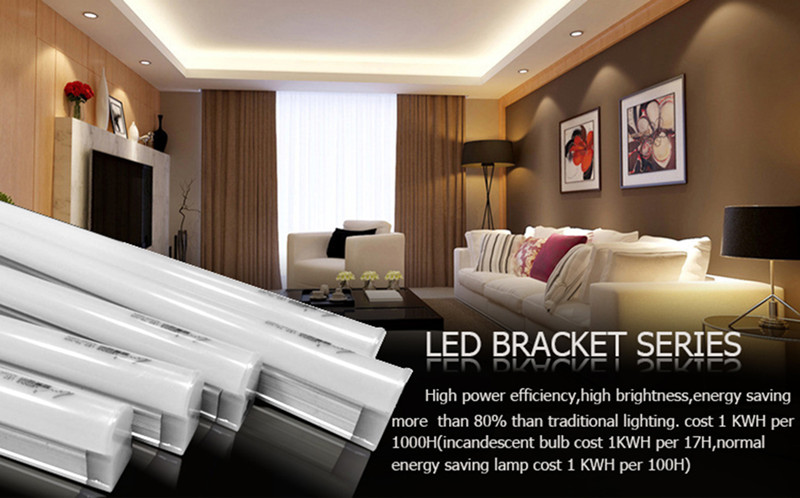 Another benefit of LED tubes over fluorescent tubes is that they do not give off UV which means that they do not emit light in the non-visible light spectrum. Ultra-Violet light is known to be the leading cause of eye fatigue and eye strain and fluorescent tubes emit this type of light. The UV light also causes fabrics and signage to fade hence it is not the most ideal light for homes and retail stores. The fact that LEDs do not generate a lot of heat makes them suitable for use in homes or buildings that utilize smaller air conditioning systems. This makes air conditioning more efficient. If you are upgrading your new home or doing a new build, consider LED tube lights from a certified Led tube light supplier for your home or retail business.

By switching to LEDs, you will avoid updating your fluorescent lamps regularly which will save you money in the long run. However, it may not be easy to tell the difference between fluorescent tubes and LED tube lights unless you are an expert in lighting systems. At first glance, both lights look similar but they are completely different in terms of material and functionality. LED tube lights utilize high-quality electrical components that include a polycarbonate lens and an aluminum backbone for maximum efficiency. LED tubes are made with non-hazardous materials that do not contain toxic elements such as mercury or lead. This makes them absolutely safe for use in homes and commercial establishments.

Unlike traditional fluorescent tubes, LED tube lights are designed to last longer. They are capable of enduring over 70,000 hours of continuous use which means that they can pay their initial cost over time. Another distinguishing factor between these two types of lighting systems is their installation. Modern LED tube lights utilize a direct-fit installation system that allows retrofitting LED tube lights to perfectly fit in fluorescent tube fixtures that use ballasts. LED tubes produce light that closely resembles natural light since all color spectrums are included in the LED chips which enables the tubes to produce a bright white light. Additionally, all color outputs are replicated seamlessly. By choosing the right type of lighting from a professional Led tube light supplier for your home or commercial establishment, you can improve your overall productivity health and wellness. 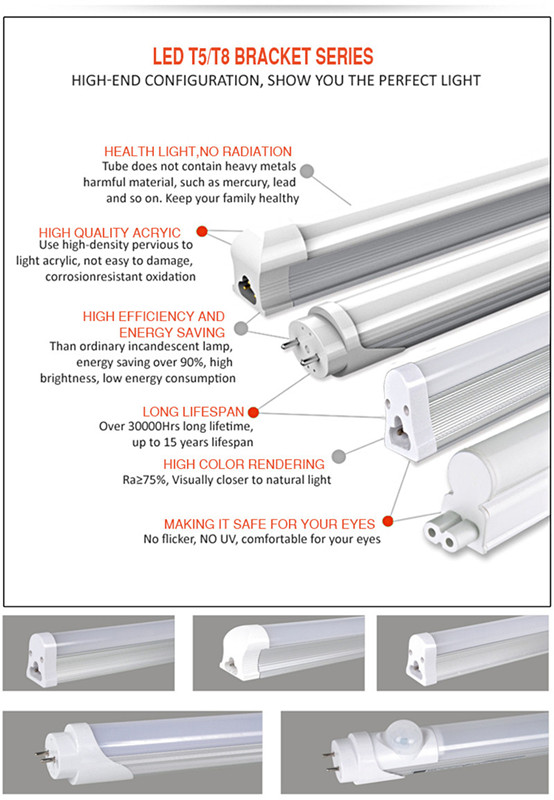 Fluorescent tube lights are mainly made from glass, metal, plastic, and mercury. However, mercury is a toxic component that is extremely hazardous and dangerous to people in the vicinity in the event that the tube breaks. Most fluorescent bulbs are made of glass which increases their chances of breaking thus exposing people to mercury. Fluorescent tube lights can only last for between 3 to 5 years depending on the ballast. If the ballast fails, then the tube fails too. As fluorescent tube lights begin to fail, they become visibly flicker and blackened. This may cause eye strain and headaches and may severely harm people suffering from photo-sensitive epilepsy.

Fluorescent tubes cannot be recycled as they are made with highly toxic mercury. This also means that tubes should never be put in a landfill as they could be hazardous to the environment. These tubes should only be handled by companies specializing in the disposal of hazardous waste. Fluorescent tubes only produce around 50 to 100 lumens per watt since most of the energy they produce goes to waste as it changes to heat instead of light. A lot of maintenance is required for fluorescent tube lighting especially due to the fact that they require a ballast to function optimally. Ballasts need to be replaced if the tube overheats for normal operation. Fluorescent tubes cannot mimic the bright light produced by LED tubes because their color wavelengths produce a non-flattering and harsher color rendering.

LED tube lights are the most ideal for use because they are longer-lasting, energy-efficient and environmentally-friendly. Contact us today for the best and healthy eye-care LED lighting solutions for your home or commercial establishment. We are a China-based Led tube light supplier with dealer shops in most major cities across China.