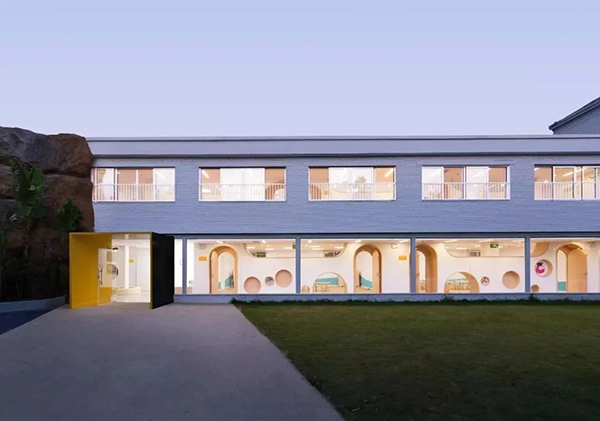 On the outer-ring of Shanghai, there is a private manor integrating nursery, wedding, pension, zoo and equestrian center. In this paradise, L&M Design Lab completed the reconstruction of an early education center. Under the quiet white facade, the soft boundary of the interior is faintly revealed, telling the dream in childhood.

The kindergarten before the reconstruction had a separation of used space and traffic space. Some ways even did not have lighting. It was dull in style and imbalanced in structure. The excellent scenario of the race course outside cannot neutralize the interior mixing-but-not-matching style. 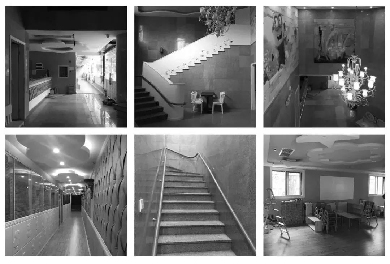 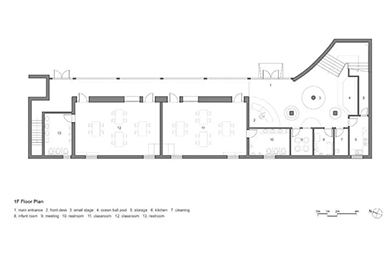 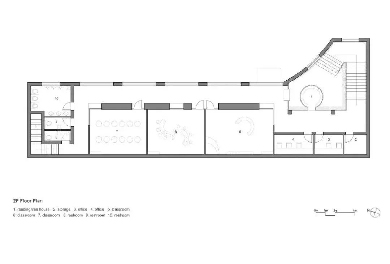 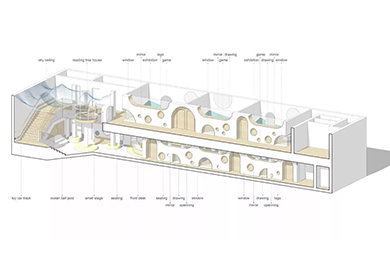 The reconstruction began with two negative walkways and one empty hall.

The walkway outside the classroom is more suitable as a stage for children to free the nature of exploration. It has good vision and public attribute. Under this, we first swapped the classroom and the walkway on the 2nd floor, and eliminated the negative space where there was no natural lighting. Walkway on the 1st floor 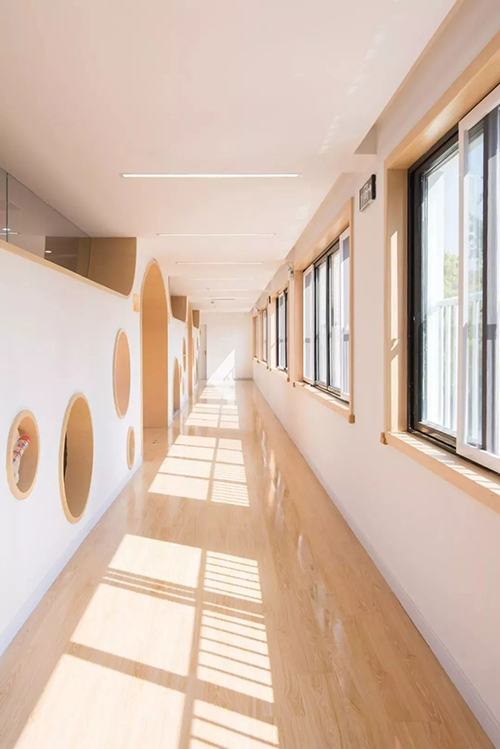 Walkway on the 2nd floor

Then, on the basis of in-depth study of the behaviors of the children such as squatting, climbing, sitting, lying, and jumping in the process of growing, the partition between the walkway and the classroom was thickened. Then it became a multi-functional place for lighting, parent-child activities, children's games, and storage of training aids. 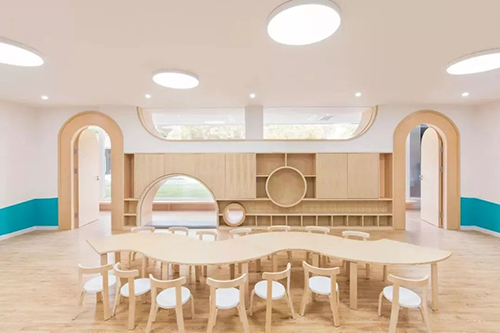 Inside the way for exploration: to store things 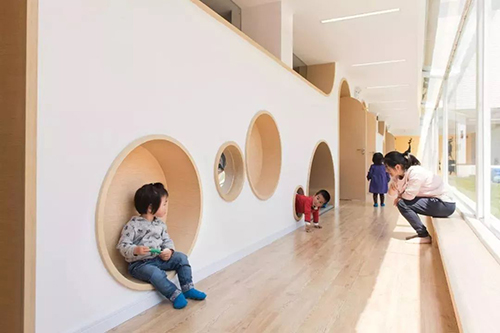 Outside the wall for exploration: for game-playing

After the two steps of "swapping" and "thickening", the ground glass windows on one side of the walkway makes it possible for viewing scenery outside and meanwhile enabling the walkway to be a stage of scenery. The ways for children’s gaming are diversified and are imaginative.

▲ Dynamic line analysis with the wall for exploration as axis 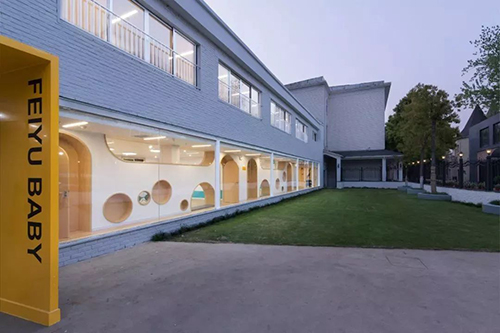 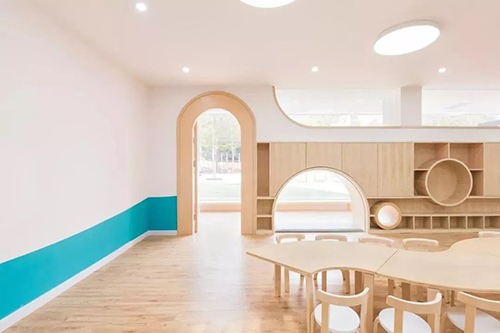 ▲ Windows on the wall for exploration (inside) 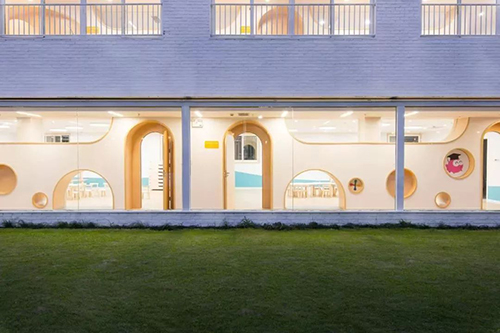 ▲ Windows on the wall for exploration (outside)

The empty hall is the key area of the reconstruction, and the sense of space flow and the interestingness are the core during the whole process. ▲Flowing space of the entrance

We first built a ring tree house in the center of the hall as an exclusive place for teachers and children, and under the tree a small stage naturally formed became a place for public activities. 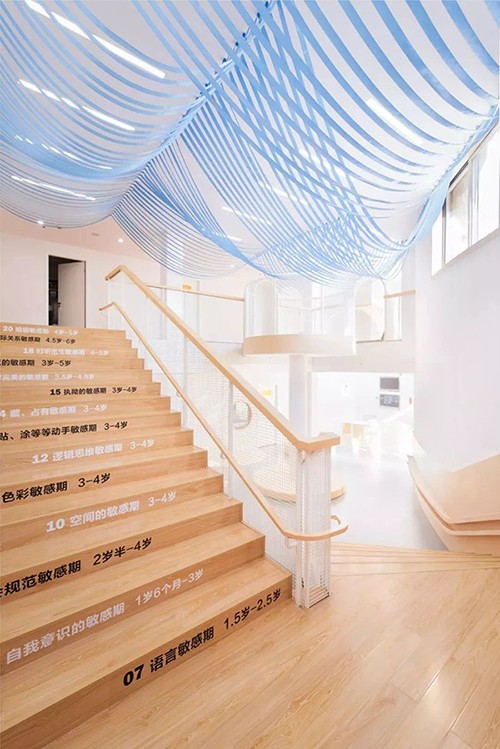 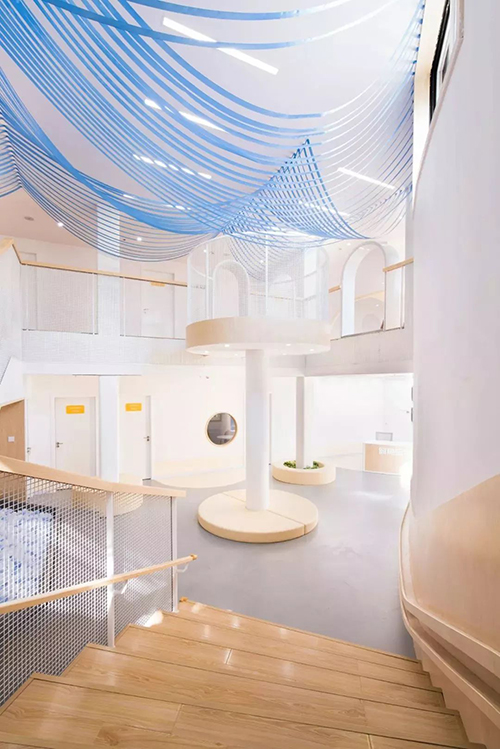 The former angular pillars were reshaped into trunks. They together define wrap-around dynamic lines which thoroughly activate this empty hall. 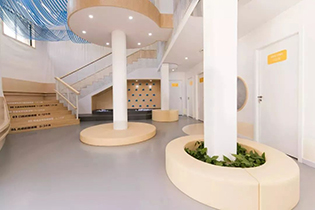 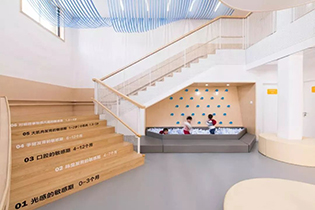 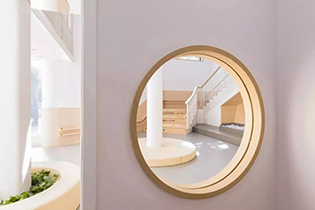 ▲ Window for opposite scenery in reception room

It is the blue wave shaped sky of the hall that attracts most attention.The ceiling, a result of the form-finding based on the simulation of gravity using computer digital technology, is composed of 90 long and short ribbons. Such romantic soft lines of childhood cut sunshine out for sparkling light. 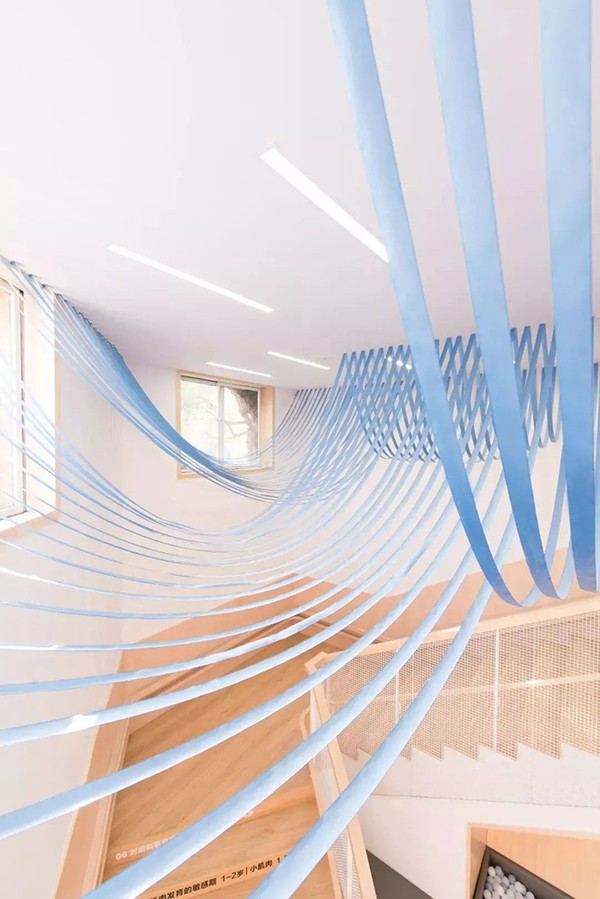 The sky, the sea, the sunshine, the earth, the woods, the castle…these filled with natural breath, are re-assembly in the hall in an abstract way. Children shuttle everywhere. Perhaps this is the carefree look. 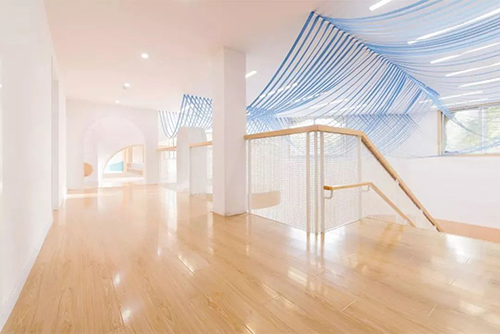 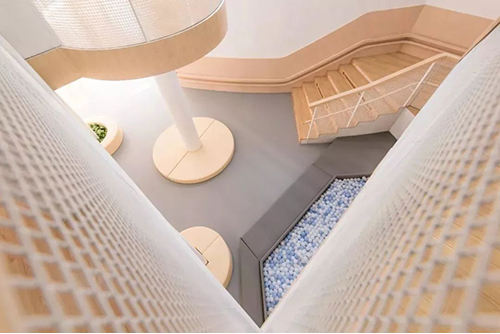 ▲ Abstract geometric patterns in the hall

In addition to the public space, the original monotonous classroom was also reconstructed. The wall for exploration offers a place for storage, and the rest space is kept unoccupied completely. A blue arc outlining the shadow of waves on the wall, and a big-dipper-shaped lamp on the ceiling, together fulfill each classroom with stars and sea. Look out the window. Children are running on horses. They are to become the knights of their own future! 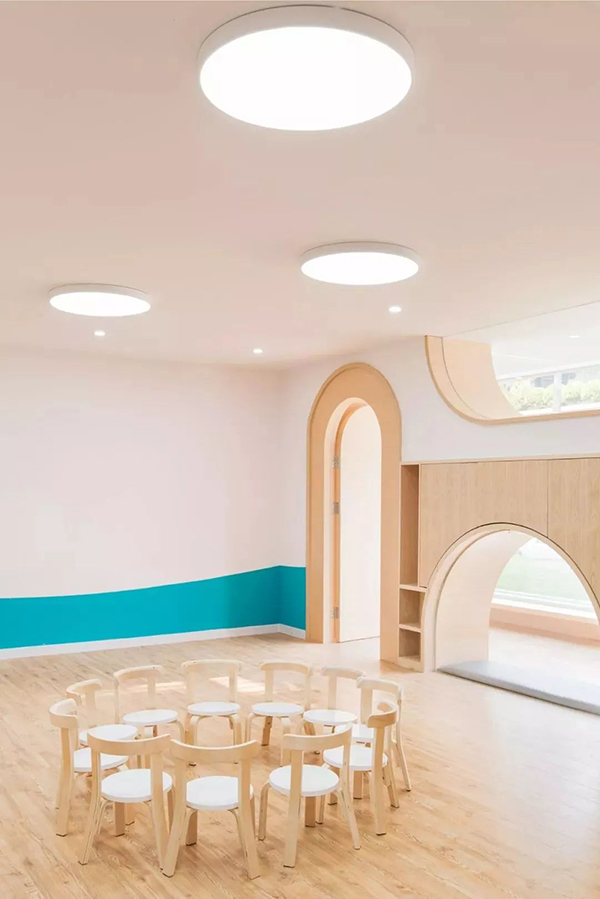 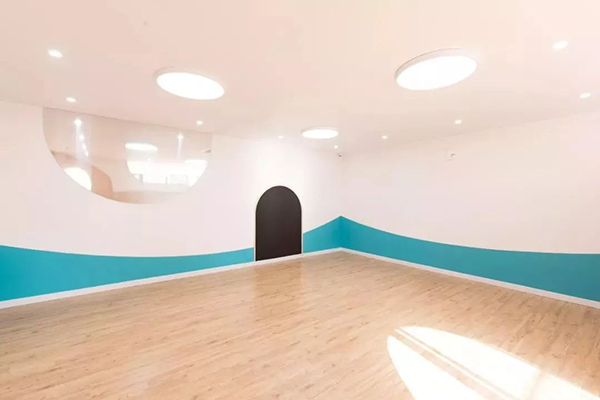 The flexible and warm early education centergives these 2-6 years old children unlimited creation and imagination. Through the big ground glass window, they can see the older children running in the horse ranch. Perhaps from here on, they will gradually grow into true knights. 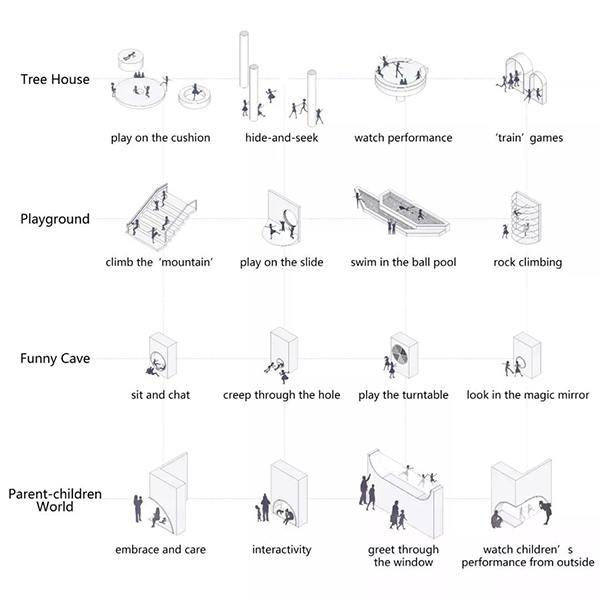