Two Types of Electrical Switches: One Gang One Way Switch vs One Gang Two Way Switch

Two Types of Electrical Switches: One Gang One Way Switch vs One Gang Two Way Switch

1. What is a one or two gang light switch?

Among types of electrical switches, some are one-gang and some are two-gang. Do you know what the “gang” means? “Gang” describes the amount of switches on the plate. They are sometimes known as rockers, throws or dimmers, based on how they function, but they simply refer to the amount of light switches on the plate. For example, when a switch is a one gang one way switch, it means there is one switch on the plate. It’s likely to acquire more, but it’s extremely rare to have more that three in a home setting - this could be called a three gang switch.

By combining dimmer and “throw” switches precisely on the same plate, people can set up or match a variant on the subject. Then they can set the light to the desired environment and turn it on and off. The ambiance setting is recalled by the switch but can be changed only like any other dimmer. 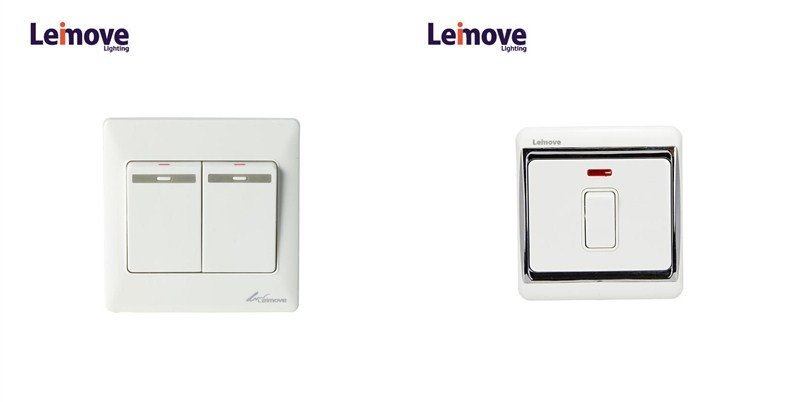 2. What does one way, two way switch mean?

When comparing types of electrical switches, “way” is also a key.

One Way Switches: When a light switch is a one-way switch, it means it’s just an on/off switch. It controls a single light or lighting circuit. One gang one way switch is the simplest type of light switch available in the market.

Two Way Switches: A two way switch indicates that there is another switch that controls the exact same light. Two way switches are frequently used on a stair case, large space with switches by every doorway.

Apart from these two types of electrical switches, there is one kind of switches people can use to control the lights from three places. That is the intermediate switch. When there are three entrances to a large room and a light switch next to each one is needed, an intermediate switch can help. The light(s) can be switched on and off from any one of three places.

In general, two or three gang switches are always two-way switches. If you are buying a switch without knowing exactly what types of electrical switches you need, it is usually a good idea to get a two-way switch anyway. This is because if only a one-way switch is required, it can still be used only through one of the connection terminals (L1 or L2) and the common terminal. (If the switch does not work the way you want, you can turn it over or swap the L1 and L2 terminals).

One Gang One Way Switch vs One Gang Two Way Switch

The principal difference between one gang one way switch and one gang two way switch is that the amount of contacts which they have. A one-way switch just has two contacts, as a two-way change has three.

A one-way switch essentially functions as a make or break switch. When it’s switched on, both terminals are attached, and as soon as it’s switched off, the contact between the two is broken up. In contrast, a two-way switch is basically a combination of two one gang one way switches. One of the terminals can be connected to one of the remaining two terminals, but not at the same time. When you want to establish a connection with one terminal, the connection to the other terminal is dropped.

One advantage of two way switches is that users can control a single device, such as a light, from two locations. This is what differentiate two-way switches from other types of electrical switches. Two-way switches are usually used in long corridors, so users don’t have to go to the other end in complete darkness. This is achieved by wiring the two terminals of two switches together so that a path is established when the switches are in the same direction, and a path is not established when the switches are not in the same direction. When used in this way there’s no defined location for the off or on conditions. Fundamentally, just turning either switch will turn the light off or on. A one gang one way switch has certain off and on places and can’t be utilized to acquire the identical effect. Various types of electrical switches may be used to attain various outcomes. Nonetheless, one gang one way switches are the most widely used switches in houses and in several applications where people wish to control the flow of power.

2. A two way switches can be used to control light from two positions, while a one way switch cannot.

3. A one gang one way switch has clear on and off states, while a one gang two way switch does not.

Here at Leimove, diverse types of electrical switches are available. If interested in, feel free to contact us.