What kind of light distribution is better in general lighting and spotlighting?

What kind of light distribution is better in general lighting and spotlighting?

Projection lamps are used to emphasize the subject. From the perspective of lighting, Class IV, Class V and Class VI light distributions are commonly used. Here let’s have a look at their differences, advantages and disadvantages.First of all, let's briefly look at the way these kinds of light distribution are made. 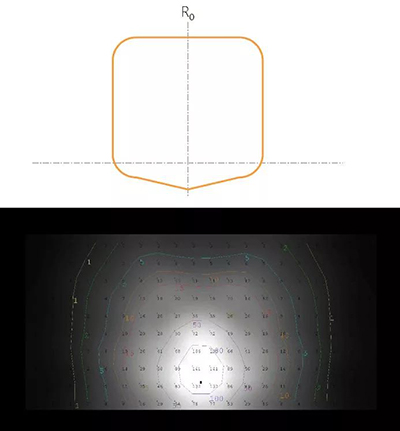 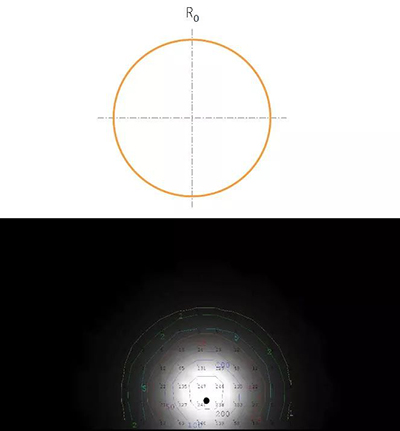 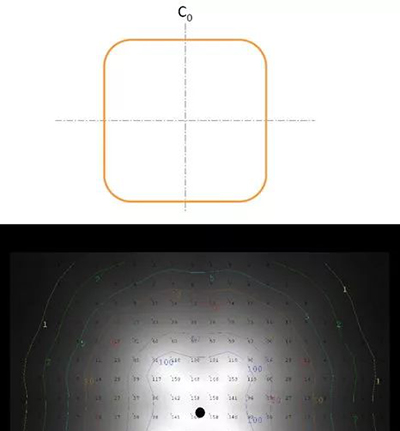 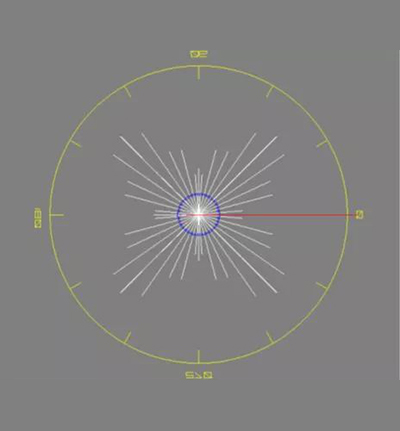 Class V light distribution: the light is round-shaped, lantern-like, and the beam angle is adjustable from narrow to wide.

Class VI light distribution: wide beam angle, partially square shape, somewhat similar to Class V (symmetrical on left and right, and asymmetric at front and back), and light spreading around. 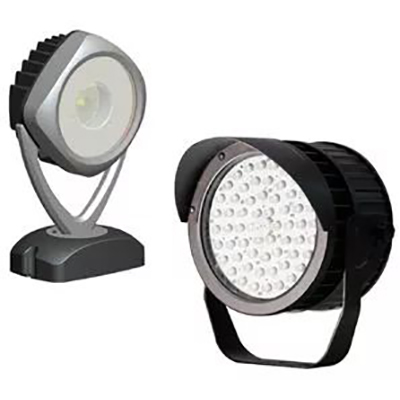 Most of the small flood lights are used for spotlighting, and most of them on the market are Class V light distribution. Although the narrow Class V itself is "anti-glare", attention should be paid to the cut-off or shading design on the structure of the lamp.

As the most commonly seen spotlight, reflector lamp is mostly equipped with Class V narrow beams, and its light effect is similar to "flashlight".

But, here to emphasize “but”: Is it the best when it is the most widely used?

The extremely narrow Class V light distribution is based on lens for which there is a blind area in the center. If the reflector is used, the size is too large, affecting the looking. If a soft light effect is needed, frosted light shield can be used but a certain light would be removed. 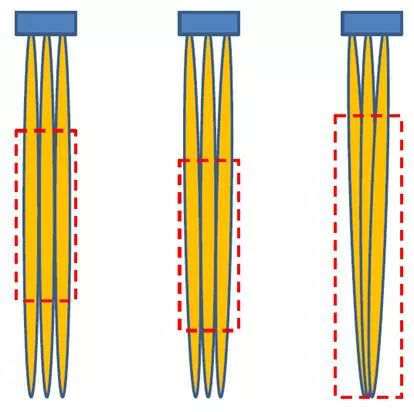 ▲ As shown, multiple light sources are used for high-power flood light. If the left and middle light distributions (Class V) are used, pay attention to the screenshot in the red box, the light coincidence is low, and the result is that double image is easy to appear on the subject. By contrast, the right-most Class IV light distribution has a high coincidence rate and a long focus segment, so it is not easy to have the problems mentioned earlier.

If you are not sure about the shaping of the lightened thing, Class IV light distribution may be better than Class V. 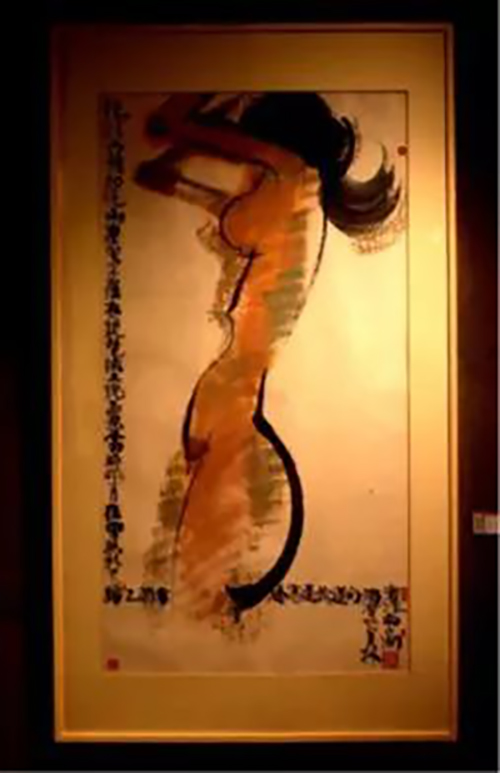 As shown above, this is an art work. Usually, there will be a variety of interpretation of art. The lighting method above is focused on the back of the human body, but what is the focus of the author? Many times we have no ideas.

As for the lighting of art work, we emphasize that we should try not to destroy the intention itself.

At this moment, the shape of the lightened is not considered by using Class V light distribution which put too much emphasis on a certain part and lose the artistic conception of the whole work. Please use Class IV with long focus segment. It can illuminate the whole work evenly. Here is the comparison. 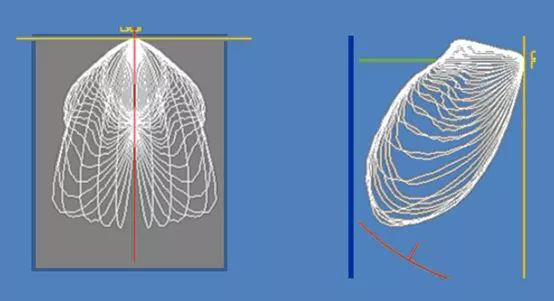 The marginal sharp and soft of the lamp depend on the light distribution. The results based on the same beam angle are far different. This is because the lighting shape plays an important role. 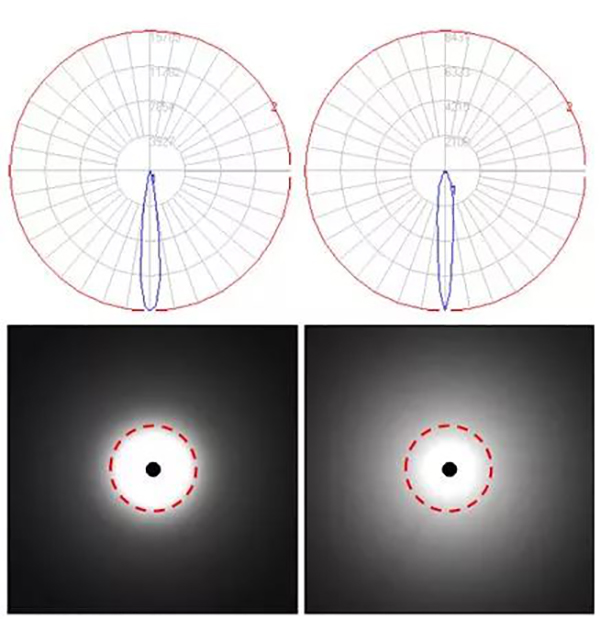 ▲ The beam angles of the left and the right are the same, and they are all lighting under single axis. Based on the effect simulated by software, the spot is obviously different. Look at the light distribution carefully. It can be found that the extension axis based on 50% light intensity is different, one is narrow and the other is wide.

Down light for general lighting 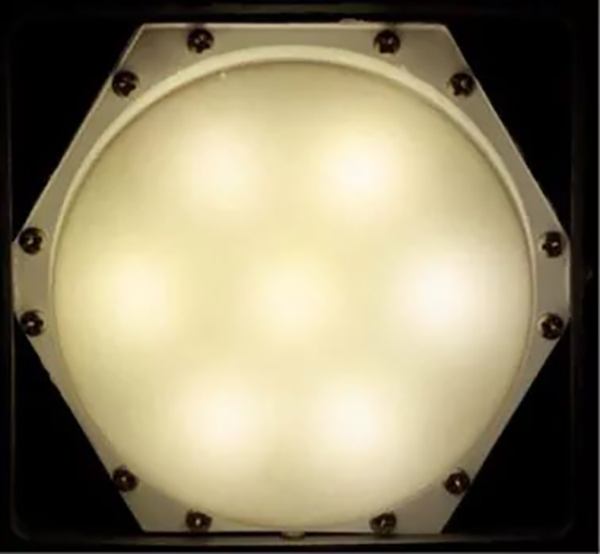 Down light is used most of the time as a general lighting tool, and almost all of them are Class V light distribution.

The down light used for general lighting needs to be efficient. The panel for light control cannot be "too much even".

Almost all of the ceiling lamps use wide Class V light distribution. Panel based light control is the main means because they cannot shade the lighting effectively and the surface brightness of the lamps should be controlled. 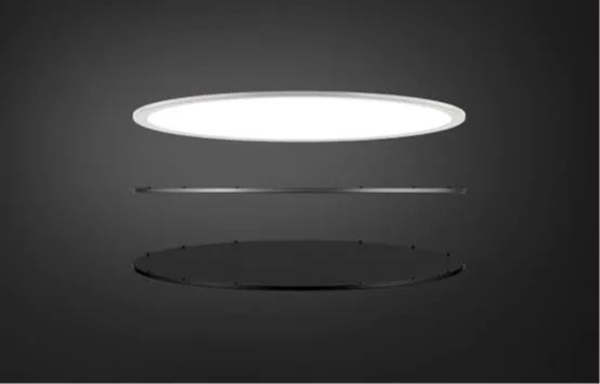 Regarding Class VI light distribution, the lighting is square-shaped and is spreading around, easy to meet the needs of the site lighting and to achieve the desired results. The Class V has very strong vertical lighting, and very low double-imaging. 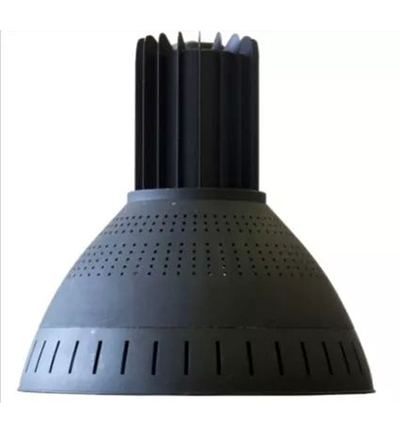 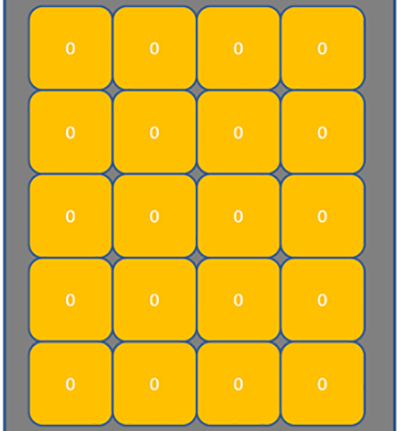 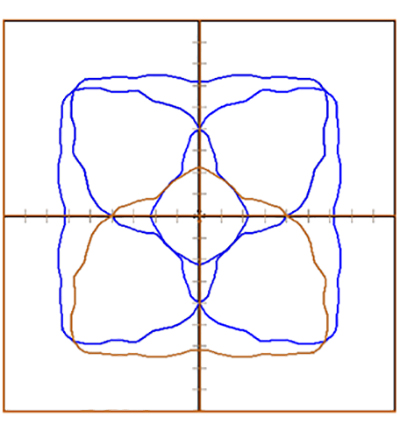 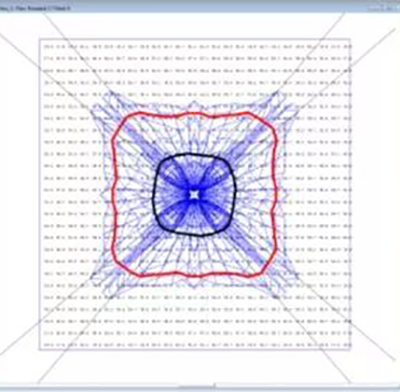 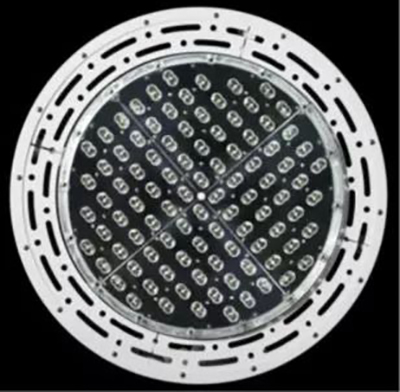 The use of flood light in indoor space is mainly to solve basic lighting problem. There are many types of light distribution in flood light, of which Class II, Class III and Class IV are commonly used.

Let's take a look at the effects of these types of light distribution.

The above pictures are simulations of the effects of a convention and exhibition center using different types of light distribution. It can be seen that the Class IV effect is very good (Repeat it again - Class IV light is symmetrical on left and right, with strong asymmetry at front and back). The light shines down, the normal angle of view does not cause glare, and it can illuminate the whole space evenly.

Of course, in some cases such as the art corridor, it is necessary to make a spot. However, in fact, in order to illuminate the middle area of the space and not to cause too strong light-and-dark contrast, the light should be lifted a little. This may cause glare in reality.

Class II is the most commonly used light distribution for street lamps. However, its module is always used to make flood lighting due to the cost. Its position is the same with the aforementioned two. When it illuminates the two sides, the middle will be very dark. Then the angle should be lifted again and again…

Let's take a look at the top view of Class IV.

From the simulated effect of the exhibition hall above, Class IV performs best comprehensively. In indoor space, the 3D ratio is changeable, the appearances of lamps are required to be unified, but the light distribution should be varied. In order to satisfy the large space-depth ratio space, Class IV is the most suitable.

*Note: This article comes from the lecture course "Optical Design and Application" by Zhang Daobo. 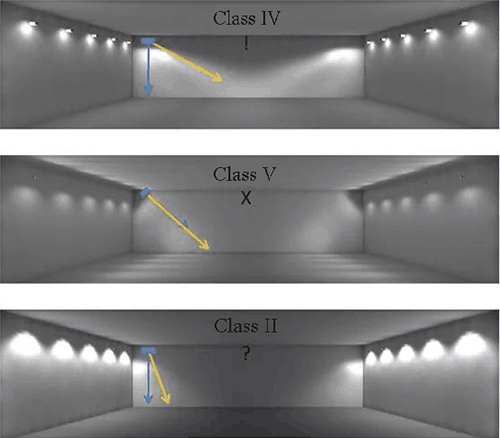 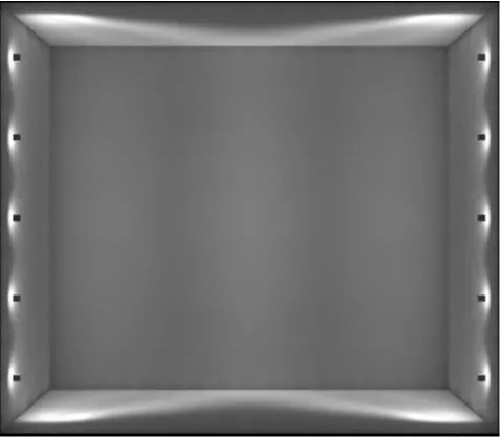